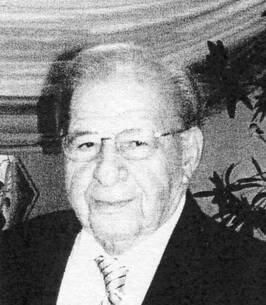 George Capiris age 91 of Southport, formerly of Westport, Connecticut, beloved husband of 65 years to Stella Capiris passed away peacefully on Wednesday, August 24, 2022. Born in Yonkers, New York, he was the son of Christopher and Christina Capiris. He was a graduate of the Saunders Technical School in Yonkers. He was a parishioner of the Prophet Elias Greek Orthodox Church in Yonkers where he served for many years as an altar boy, having been tonsured by the late Patriarch Athenagoras, and where he attended Greek School. His passion was sports where he played football in the semi pro league. He served in the Armed Services during the Korean War and was honorably discharged in 1954. Upon his marriage to his beloved wife Stella, he moved to Connecticut and was employed at Sikorsky Aircraft Corp. he later became the proprietor of Shoreham Liquor Store, in Fairfield, for many years. He was an avid sports enthusiast, where for many years as a ticket season holder, he never missed a New York Giants football game.

The Rite of Burial will be celebrated on Monday, August 29, 2022 at 11am in Holy Trinity Greek Orthodox Church, 4070 Park Avenue, Bridgeport, with Fr. Georgios Livaditis, Presbyter, officiating, followed by interment at the Oak Lawn Cemetery, Fairfield. Calling hours will take place on Monday morning from 10am until time of service in the church. The Commerce Hill Funeral Home, 4798 Main Street, Bridgeport has been entrusted with the services. In lieu of flowers, donations may be made to Holy Trinity Church Iconography Project in memory of George. AIONIA H MNHMH

All rights reserved. This obituary is also archived at obittree.com